Use of rifaximin in gastrointestinal and liver diseases

Home - Uncategorized - Use of rifaximin in gastrointestinal and liver diseases

Use of rifaximin in gastrointestinal and liver diseases 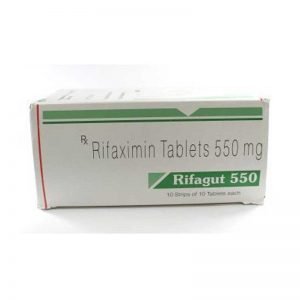 Rifaximin is a broad-spectrum antibiotic that works against Gram-positive and Gram-negative bacteria in both aerobic and anaerobic bacteria. Because it is poorly absorbed, it has a very good safety profile. Rifaximin has been demonstrated to help with traveler’s diarrhea, functional bloating and irritable bowel syndrome, small bowel bacterial overgrowth, and recurrent overt hepatic encephalopathy prevention.

Rifaximin may also have a favorable effect in the treatment of uncomplicated diverticular illness and the prevention of recurrent diverticulitis, as per new research. Rifaximin usage is linked to a lower prevalence of spontaneous bacterial mutant formation and persistence. Furthermore, due to little systemic absorption and limited cross-resistance of rifaximin with other antimicrobials, the development of significant drug resistance among extraintestinal flora during rifaximin therapy is improbable. The current and emerging function of rifaximin in the treatment of gastrointestinal and liver problems is discussed in this study.

Rifaximin is an oral antibiotic that is poorly absorbed but has a very good safety profile. Traveler’s diarrhea, functional bloating and irritable bowel syndrome, small intestinal bacterial overgrowth, and recurrent overt hepatic encephalopathy can all be treated with rifaximin. Rifaximin may have a favorable effect in the treatment of various illnesses, such as simple diverticular disease and the prevention of recurrent diverticulitis, according to new research. The usage of rifaximin is linked to a lower occurrence of spontaneous bacterial mutations or drug resistance in extraintestinal microorganisms.

Until evidence revealed that patients with IBS may have abnormalities in their gut flora, manifested by abundant bacteria in the small bowel, termed as bacterial overgrowth, IBS management was exclusively centered on symptomatic treatment. As a result, rifaximin is being studied more and more as a potential therapeutic drug for the treatment of IBS.

Traveler’s diarrhea (TD) is a common ailment that affects people traveling from resource-rich to resource-poor areas of the globe. Diarrhea is caused by a range of bacterial, viral, and parasite organisms that are spread through contaminated food and water.

In Western countries, diverticular disease of the colon is relatively frequent, and it contributes significantly to healthcare costs. Its prevalence rises with age. The majority of patients are asymptomatic for the rest of their lives. Diverticulitis, or inflammation/infection of the colonic diverticula, affects between 10% to 25% of patients with diverticula.

GM-Global is a Rifaximin Supplier, bulk exporter, and deals in other pharmaceutical products.